Below you can see the amazing history behind the community centre in Poynton. Click on each title to read more information about what events were taking place on this date.

We are always on the look out for more pictures, dates and information to feature on our timeline, if you have anything that may be of interest to your fellow community then please email it to us at info@thecentreinpoynton.co.uk. Thank you. 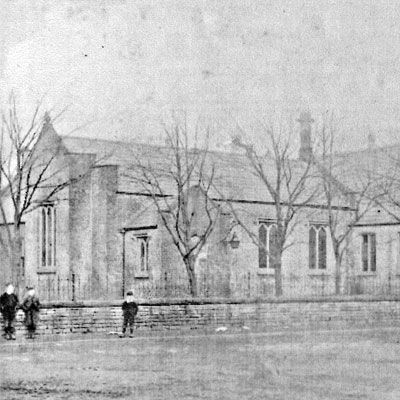 A village school was built to provide education facilities for the local miner’s children.

The school was extended three times during this time, due to the rising shool population.

The original entrance and areas were replace with a new building. The bell tower and weathercock were erected.

A Handicraft building was opened (now the Educational block).

Importantly, the first branch of the WEA (Workers Education Assoc.) was formed in association with the University of Manchester.

During World War II the centre was used by the local Home Guard as its Headquesters. An air raid siren was housed in the bell tower. the original oak front door was rehung at the new entrance.

The School is Sold

The estate was placed in trust for the people of Poynton. annual membership was £1.00 per year, and still is._x000D_
Construction of a bandstand began, but was never completed. (behind the Centre)

During this decade the centre was a meeting place for local activities, The Townswomen Guild, Poynton Brass Band, leisure and educational activities, and a small lending library which cost 3d for 10 days.

The centre became well known natioanlly for its Folk events and held an annual Easter event. The centre was granted a licence to sell alcohol. Groups such as Freddie and the Dreamers, Hermans Hermits and Merseybeay, Bullock Smithy, Johnny Petersand the Cresta’s, The Troggs, Jonny Silvo, Jake Thackery

The centre became well known natioanlly for its Folk events and held an annual Easter event. bands such as The Spinners, Oldham Tinkers, and The Houghton Weavers made regular appearances. Mike Harding, Jasper Carrot also took the stage. There was a regular Youth Club, Ballet , Poynton Air Training Corps.

The Folk Centre closed. The building was beginning to show signs of age and a large amount of money was needed to keep it in reasonable condition.

During this decade the centre did have some renovation and was able to provide facilities for Education and IT training.

The Centre lapsed into disrepair and was finally closed for health and safety reasons.

A small group of local people decided that the centre could not be left to decay, and began the task of raising substantial amounts of money to reopen, repair and provide the community with a centre which could be use on a daily basis. A new board a Trustees now work tirelessly to keep the legend living.

This website uses cookies to improve your experience while you navigate through the website. Out of these, the cookies that are categorized as necessary are stored on your browser as they are essential for the working of basic functionalities of the website. We also use third-party cookies that help us analyze and understand how you use this website. These cookies will be stored in your browser only with your consent. You also have the option to opt-out of these cookies. But opting out of some of these cookies may affect your browsing experience.
Necessary Always Enabled
Necessary cookies are absolutely essential for the website to function properly. This category only includes cookies that ensures basic functionalities and security features of the website. These cookies do not store any personal information.
Non-necessary
Any cookies that may not be particularly necessary for the website to function and is used specifically to collect user personal data via analytics, ads, other embedded contents are termed as non-necessary cookies. It is mandatory to procure user consent prior to running these cookies on your website.
SAVE & ACCEPT